The NCEO Conference—and the Prospects for Employee Ownership

The United States economy is apparently booming, but it can’t seem to correct its all-too-familiar problems. Stagnant wages for the majority of the population. Vast inequalities of wealth and income. Whole sections of the country seemingly left behind.

But there’s another economy waiting in the wings and ready to go on stage—an economy that could begin to remedy all of these problems. It’s called employee ownership.

That’s the feeling that came over me as I wandered through the most recent of the NCEO’s annual conferences.

The first such meeting, cofounder Corey Rosen reminded me, was held at Harvard University in 1982. It attracted 170 people, many of them students. This one, held in the beautiful but cavernous David L. Lawrence Convention Center in Pittsburgh, attracted something close to 2,000 people, virtually none of them students.

Rather, the attendees were economic practitioners from a dozen different walks of life. Bankers and investment bankers. Attorneys, accountants, consultants. Chief executives, finance experts, engineers, marketers, and front-line workers, nearly all from employee-owned companies. You had the sense that these individuals and those they mentor could expand their purviews tenfold, if only there were that many employee-owned companies needing staffing and advice.

Some day there may be. On the conference’s first day, NCEO executive director Loren Rodgers gave a stimulating speech outlining ten reasons why the future of employee ownership is bright. Reason #1: it works. Reasons #2 through #10: the climate for the idea is changing. There’s favorable legislation afoot, at federal, state, and local levels. Companies are teaching and learning from each other, figuring out the financial and cultural challenges of employee ownership. There are new people and new organizations involved, new resources coming on line, new research coming out. A wide variety of companies and nonprofits have created fertile ground for employee ownership initiatives.

Eternal optimism, of course, is an occupational hazard for employee-ownership advocates. (I plead as guilty as anybody.) The idea makes so much sense. It is market tested. The bugs have been worked out (most of them, anyway). When you see employees learning to think like businesspeople, as they do at Web Industries and other companies, and when you hear about employees retiring with million-dollar nest eggs, as some have done at Windings Inc. and other companies, it makes you weep in frustration that most Americans don’t have such opportunities.

And yet. Despite the efforts of the people at the conference and many others, employee ownership still isn’t on a lot of people’s radar. “My students have simply never heard of it,” one business-school professor told a breakout group. Only a few political leaders around the country have made it a priority. When companies are put up for sale—or even before—the men and women from private equity firms and corporate M&A teams are johnnies-on-the-spot, waving large amounts of money and requiring no seller notes. “ESOPs face stiff competition,” an investment banker noted drily.

So what would it take to move employee ownership from the wings to the main stage? More of the same, yes—the day-to-day activities of the NCEO, the state centers, and other advocates are indispensable. But it wouldn’t be hard to help it expand. All that’s really needed are some small nudges in three directions:

1. A little more federal legislation. Never underestimate the power of incentives. ESOPs wouldn’t exist at today’s scale without the 1042 rollover and other tax advantages. When Congress allowed lenders to deduct part of the interest they earned on ESOP loans back in the 1980s, banks suddenly set up ESOP desks and began peddling the concept to their clients. (The provision was later abolished.) The modest policy initiatives developed by the Lake Quinsigamond group—a few new institutions, a few new tax incentives for corporate divestitures and private-equity sales to ESOPs—could make an enormous difference over the next ten years.

2. A few more agents. To date, virtually every ESOP has come about because an individual company owner or family decided to sell their company to its employees. Who else might take the initiative? Jessica Rose of Fifty by Fifty suggested in one session that impact investors might themselves begin to act as agents, working through private equity firms to invest in ESOPs, particularly in depressed areas (see this article). But let’s take that idea one step farther. Suppose some latter-day Warren Buffett established a permanent revolving fund to buy up companies, fix them up as required, and then sell them to the employees. Our ESOP-Buffett would make a lot of money, have a sizable impact on the companies and communities involved, and possibly inspire a whole lot more socially minded investors to make this their mission.

3. A little more publicity. The kind of nationwide marketing campaign described by our mythical visitor from the future might be a stretch. And organizations like Certified EO are already doing a great deal to make employee ownership more visible to the public. But what about some experimentation in other directions? One of the states that are leading the employee-ownership charge—Ohio, say, or Colorado (where an official has said he wants the state to be “the Delaware of employee ownership”)—could initiate a statewide marketing effort designed to make employee ownership part of everyday conversation. The money required wouldn’t be huge, and could be provided at least in part by private donors and employee-owned companies.

The people who have been developing and advocating for employee ownership over the past few decades have created something astonishing: a different kind of economy, one that would make for a more equitable form of capitalism and that could serve as a model for the world. But now we need to take the next steps, and turn the concept from an understudy into a star. The ideas mentioned here aren’t so radical, and they could be effective. Other, better ideas will surely come along as well—perhaps at next year’s NCEO conference. 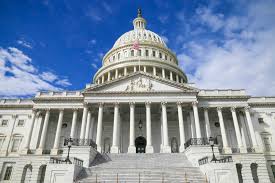