The British Are Coming — ESOPs and Perpetual Trusts

In the United States, the employee ownership community has its favorite example: Publix Supermarkets. Founded in 1930, Publix started an employee ownership program in 1959. With more than $34 billion in revenue, Publix now manages 193,000 employees at over 1,200 establishments across seven states in the Southeast. The British have their own favorite example of employee ownership: John Lewis Partnership (which includes the Waitrose supermarket chain). Originally founded in 1894, the popular retailer employs 88,900 associates and has been held in trust for its employees since 1929. In recent years, both conservative and liberal British governments have promoted the idea of moving to a “John Lewis economy.”

Both companies demonstrate employee ownership’s potential to build wealth for workers, transform labor-management relations, and improve customer service. But there is a significant difference between American and British styles of employee ownership.

Publix uses an employee stock ownership plan (ESOP), a tax-qualified retirement program that acquires shares of the employees’ company and credits them to individual employee accounts. When an employee retires, the company must repurchase an employee’s shares with cash. ESOPs, while popular in the US, entail several challenges for companies that adopt them. An ESOP’s system of stock allocation, annual valuation, and repurchase––tracked for each employee––is complex and expensive. The fiduciary obligations of the trustees who are charged with managing employee shares, which are determined under federal law and regulated by the Department of Labor and the Internal Revenue Service, are demanding. Employee stock at ESOP companies like Publix must be managed in the best interests of employees as participants in a retirement plan. If a strategic buyer––for example, an even larger national supermarket chain––made a sufficiently high offer for Publix stock, ESOP trustees might have a legal obligation to sell. Although possibly in the interest of current employees (as retirees), a sale would end employee ownership of the company.

By comparison, John Lewis Partnership’s employee ownership structure is simple. It is not based on individual stock ownership, and employees at the company do not have share accounts. Rather, all of the shares are held by trustees on behalf of all the employees. So John Lewis employees are not bought out at retirement. Rather, they enjoy profit-sharing during the years that they work at the company. The firm is therefore not subject to repurchase obligations or the need for annual valuations, and it avoids the workload that goes into planning for these requirements.

Moreover, the company is managed with the expectation of preserving the company’s employee ownership for current and future generations of employees. John Lewis’s goal is to improve the lives of its workers, not to create a retirement nest egg. During their working lives, John Lewis employees enjoy a workplace culture that treats every employee with the dignity of a partner and co-owner. Employees are equal partners in the business, from the first day on the job to the last, under the terms of the John Lewis Partnership Trust and the company’s Constitution.

John Lewis himself must be credited as the genius behind the John Lewis Partnership Trust. But the basic concept of a perpetual employee ownership trust (EOT) is not particularly British. Developments in US trust law over the last few decades have yielded a host of useful trust law tools, including perpetual trusts, non-charitable purpose trusts, directed trusts, and trust protectors. Combined, these tools make it possible to design an EOT—akin to the John Lewis trust—right here in the United States.

Some companies have done just that. Mētis Construction, a Seattle-based firm, transitioned ownership to an EOT in early 2016. As at John Lewis, Mētis employee-owners share profits and enjoy a workplace culture that values the employees as equal partners. Also like John Lewis, the company is managed for the benefit of current and future employees in their roles as workers, not only as future retirees. Mētis used employee ownership as a succession strategy. As in a standard ESOP transaction, owner Matthias Scheiblehner sold his shares to the employee ownership trust, to be repaid over time from the future profits of the company. Around the same time, Equity Atlas was launched as a startup home mortgage company, with an EOT created at the company’s inception. Brad Hippert and other founders liked the idea of a perpetually employee-owned company.

Some ESOP advocates worry that employee ownership trusts won’t allow workers to build up nest eggs that capture the value of a successful, growing company. But an EOT-owned company can use a portion of its annual surplus to make an employer contribution to a standard diversified 401(k) plan. This satisfies a major critique of ESOPs, which is that employees have all their eggs in one basket. As to whether an ESOP account will be more valuable over time than a profit share (paid out in a mix of cash and 401(k) contributions), the analysis can cut both ways. The fact that EOT companies retain some surplus for reinvestment in growth suggests that owning ESOP stock may be worth more than a profit share. On the other hand, an EOT company that reaches an efficient size may not need to reinvest much. Also, after a period of time, a portion of an ESOP company’s surplus is used to repurchase the shares of retiring employees. So an EOT company’s payout in cash and 401(k) contributions may, over time, add up to something very close to the value of an ESOP account. And the diversification of a 401(k) reduces employee risk.

Although EOTs are legal and practicable in the US today, the next step in broadening access to this simpler, less expensive, and perpetual form of employee ownership is public policy. The author has helped to develop legislation in Maryland, Wisconsin, and New York that would provide a 100% state capital gains tax exemption to business owners who sell a majority of their shares to an EOT or an ESOP. These bills are similar to a new British law passed in 2014, thanks to the advocacy of Graeme Nuttall, the UK’s leading employee ownership attorney (see the Nuttall Review).

Finally, we should look to Congress to level the playing field between ESOPs and EOTs. One major step in this direction would be for Congress to smooth the process of transitioning from an ESOP to an EOT. Such a provision would provide more options for employee-owned businesses. Organically Grown Company, for example, switched from an ESOP to a perpetual trust in the interest of ending the typical haves-and-have-nots problem of ESOP companies (new employees benefiting less from the ESOP than longer-term employees). Organically Grown Company was also interested in ending the constant cycle of repurchase obligations—the proverbial “snake eating its tail”—and expanding its governance model to consider the interests of non-employee stakeholders. Action by Congress to facilitate similar company transitions would require rules allowing ESOP trustees and companies to redeem ESOP shares over time through tax-deductible payments. To this end, Congress should grant EOTs the major benefit currently afforded to ESOP companies: EOTs should be qualified as tax-exempt and eligible to hold stock in S corporations. These measures would equalize the tax treatment of EOT-owned S corporations and ESOP-owned S corporations, and allow a hybrid ESOP/EOT for a single S corporation, when desired. Finally, as a broader measure, business owners should receive the same federal capital gains tax benefits on sales to an EOT that they enjoy on sales to an ESOP.

Who knows? Maybe even Publix will want to transition to an EOT and become the “John Lewis” of the United States.

Christopher Michael is an attorney for employee ownership trusts and ESOP companies. He advised Mētis on the creation of its EOT, and Organically Grown Company on its transition from ESOP to perpetual trust. For more information, see his website: www.eolaw.com. 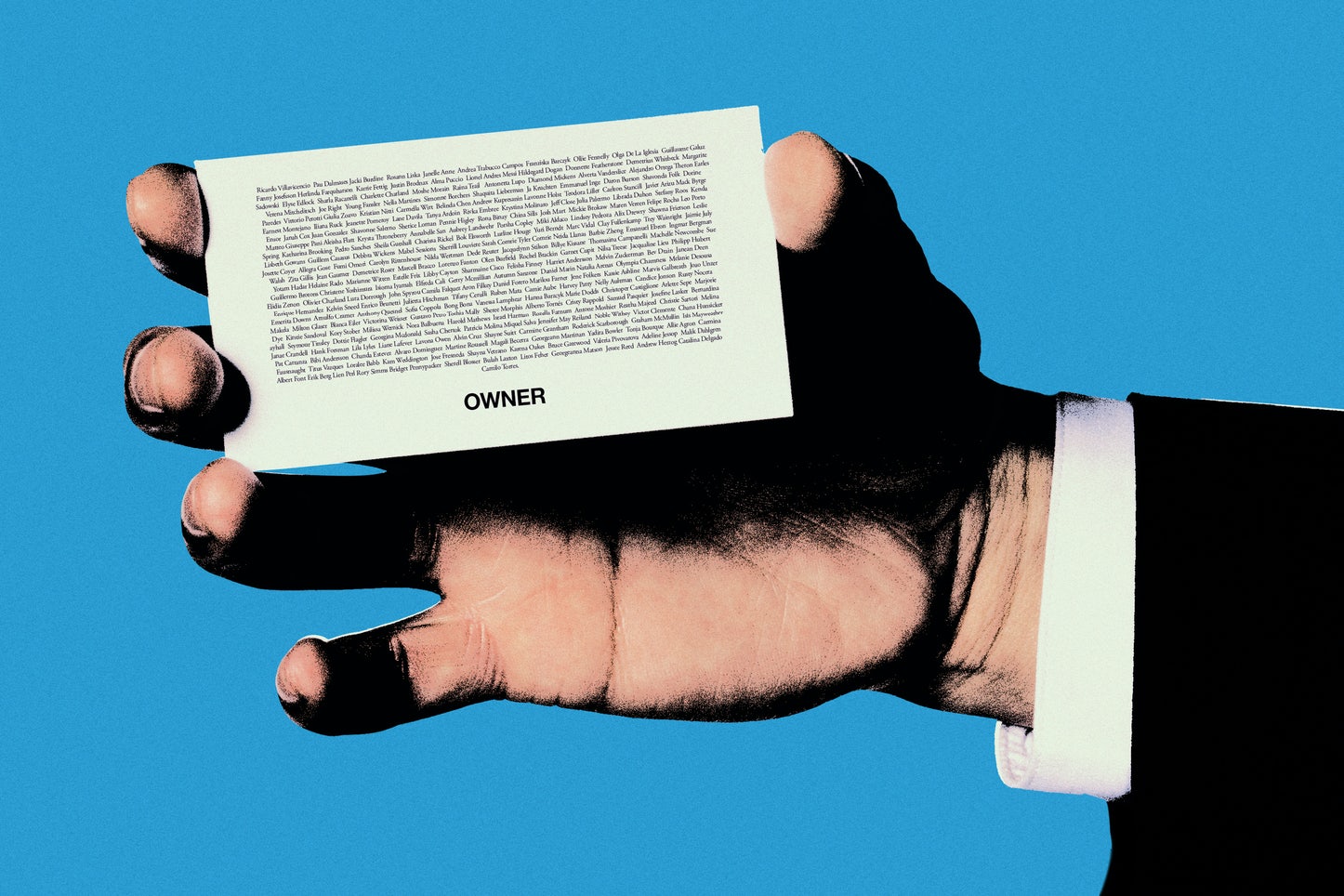